Early rising, my body clock is just as confused by the time as I am. I was out walking about 6am.

I was fortunate enough to make contact with someone who had a room to sublet in a two bedroom apartment before I arrived. My arrival was too late in the day to turn up with a million suitcases and expect open arms and a hot cup of tea from a complete stranger. So the plan was the morning after arrival I would loiter around the footpath outside the apartment block at 7.30amish to meet my proposed roomie.

With time to kill I lapped a couple of blocks to try and get my bearings before I made my way down to the town area finding a hot bread shop open. Thankfully, I had ordered coffee and food before the mad rush of people who spilled in through the doors about 10 minutes after me. The place was chockers. Note for future reference: don't go to the hot bread shop at 6.45am on a weekday if you want to be served that same day.

By 7am I had seen more people in that shop than I did at the domestic airports in both Suva and Nadi.

By 7.30am I was loitering as arranged and met my proposed flatmate. The next few hours found me moving my luggage into my new abode and then heading off to the volunteer office for orientation.

My schedule for orientation was to be for the remaining two and a half days of the week. But with a big dose of Fiji time full days became a half hour session and orientation fell over into the following week also.
I was looking forward to a two hour Suva tour which was on the schedule. It ended up being a half hour whip around town, this is the hospital, this is the private hospital, this is the Australian High Commission and up the road is the US Embassy. Oops, out of time, here we are for your next appointment.

That appointment was with a doctor. She was very informative.

"Yes, you can drink the water here. The infrastructure is old so the ground water tends to leak into the pipes. It won't kill you but you might get sick."

"Yes, we were a bit late in getting on top of the dengue fever outbreak last year. You know, lots of talk about elections coming up this year, we got distracted. But we will be on top of it for next season. When is next season? October, November. Yes, that would be now."

I wondered about her bedside manner. She wasn't cushioning the blows so far.

The first week finalised with a cool beverage overlooking the bay on sunset. No, there was no sunset visible but the Fiji Gold is a nice drop. 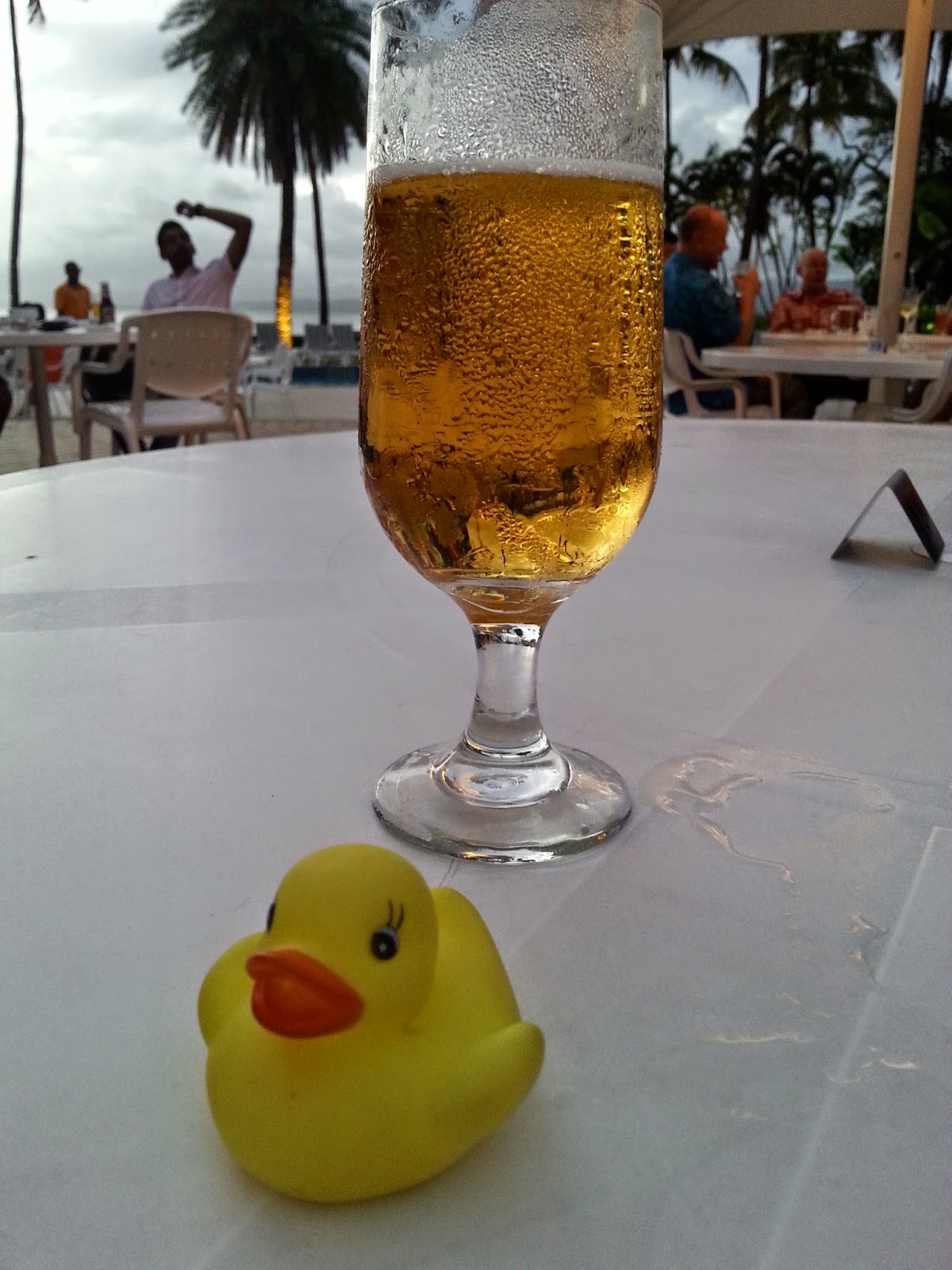 The weather has been overcast since my arrival. At some point of the compass ominous rain clouds are threatening. When they open up it isn't for long and when they aren't overhead and the sun peeks out it is hot. Not oppressively humid as yet. Mind you, this is the doorstep of the rainy season so it won't be far off. The locals are talking about it being unseasonably cool. The nights are 26 ̊C. Not in need of air conditioning.

I checked out grocery shopping. Anything imported is expensive. Local produce cheap. I was so excited to see this in the shops. I haven't seen one of these since I left high school. They were a favourite back then.

My new flatmate had already arranged to go to basket weaving classes on the Saturday so I tagged along for the adventure.

We were taught by two local Fijian women. Their design of weaving is unique to their family which is part of their livelihood. So, we can't be showing any other Fijians how it is done.

My teacher's name was Evie. She was a hard task master. Showed me once and instructed, "Weave."
She continued to use that word like a riding crop until I picked up my pace and finished the bag well before the others.

The use of dark tan shoe polish over the outside of the woven bag gives is a polished glow after it has been set alight.

You would think natural materials such as fronds from trees would be an extreme fire hazard when holding it over an open flame. Not a fire extinguisher in sight.

And you hold it over the open flame with your bare hands.

In another time and in another place this would be a reason to shut down the work site because there was no compliance to workplace health and safety standards. Not here.

Lastly, you add the button and catch, the handles and the decorations. (not in that order).


And the end product is a strudy woven handbag.

Still on the theme of OH&S. Later, there were council workers digging up the roadway during the night.

Lighting?
A solitary torch.
Flagmen?
No.

They did have hi-vis clothing on and boots so that a marked improvement that I have seen since my last visit here. Then they were building a jetty with an excavator and a pylon driver on the water's edge. The uniform for the whole work crew was boardshorts, singlets, no shoes, the odd one with thongs and definitely no hard hats. The public mingled on the beach around them. At least this work crew had a few markers on the roadway around where they were digging their hole. 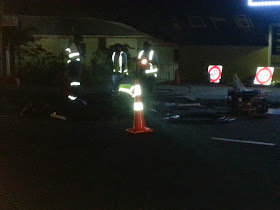 That evening I made it on the invitation list to an invite only Halloween party hosted by the American Women's Association. It's all about who you know. I know three people here. I'll reword that. Know is too committed a word, met is more accurate. I've met three people here.

The party was run (I say run because it was scheduled within an inch of its life) from the point of entry. Two at a time only were allowed through the gate. Once checked off the invited guests only list and paying the entry fee you got your mugshot taken before being instructed to go to a door and knock three times.

Frankenstein, or one of his relatives, allowed entry through a cobweb infested, scarily decorated hallway to mingle on a deck in low lighting. Once all the guests had arrived, the lights went on. Then there was a rotation of games scheduled. (I don't know if throwing darts at a wall with a ceiling fan whirring above the dart board after numerous alcohol beverages were consumed would have met OH&S standards either.) A word search, a card game, fishing and hula hoop (which was actually ring toss or quoits depending on where you come from) were the other forms of entertainment. The household staff was dressed in theme also—the housekeeper and the guards all masquerading as vampires or zombies.

The bonus of the games is that you had to mingle with people you hadn't met. Superman was as dodgy as hell. Voting himself as best dressed in both the female and male category a number of times on leftover voting forms. I certainly hope he didn't work in the electoral office in the recent elections here.

Until next time, moce (pronounced mothey) goodbye.
MT at 14:11
Share